To sum things up I had already watched the anime's first episode a while ago when it first came out, but I found it boring so I stopped watching, recently though I played the game and because after spending 10 hours playing, being near the endings and all my game decided to get stuck and I have no idea how to debug it. So I guess I just gave in and watched the anime instead. I'm still very mad at my game though. u_u'
I apoligize in advance if my review sucks, this is my first time reviewing something so I'm sort of a noob. :D

The opening is cool, it looks badass and makes you want to watch the series.
~

The ending songs are nice too (I particularly liked episode 5's ED song "One More Again"),
the ending itself is well.. Alright... For the people who've seen it you'll probably understand me. XD

At the beginning I really liked everything, the animation, the characters were well drawn, was a tad disappointed because they changed Akira's hair color. :(
~ 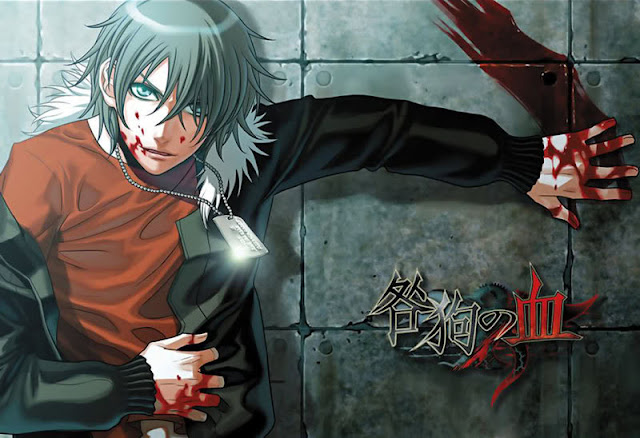 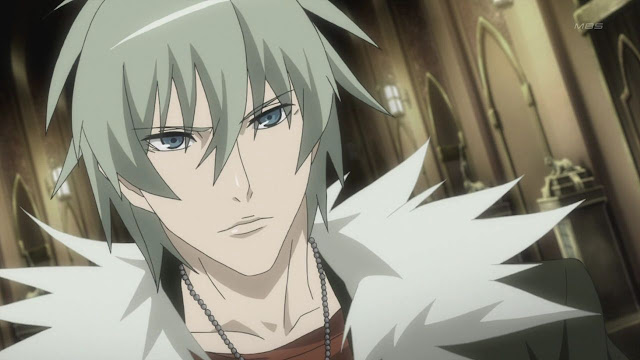 to rant anymore than I need to about that. x_x 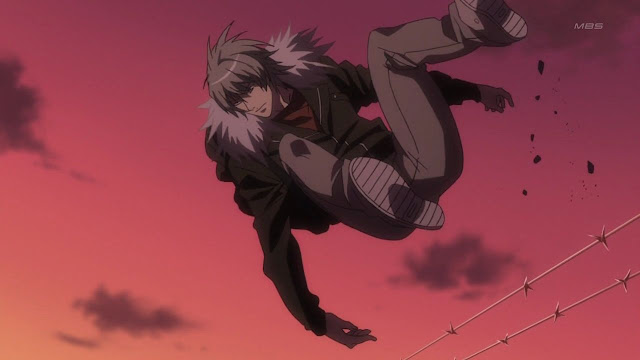 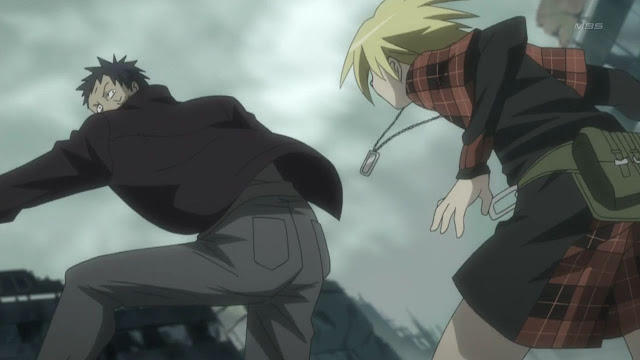 The first episodes were pretty sweet, the story was well presented,
Rin's entrance was epic-ness ! *-* And the battle scene was well done,
I thought there would be more in the future, but that didn't really
happen. :[ 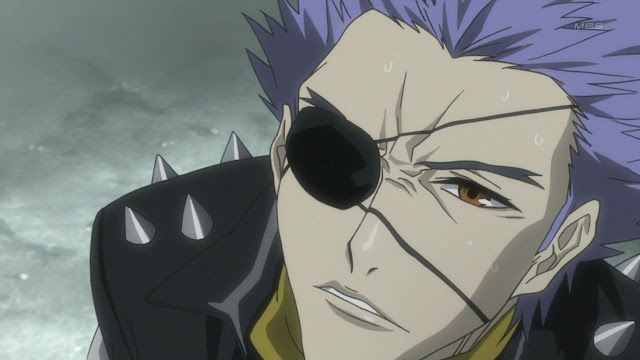 I don't care what you people say, but this guy seriously pissed me off. XD
Whether it was in the game or the anime I just couldn't stand him haha
He was too cliché. >__> 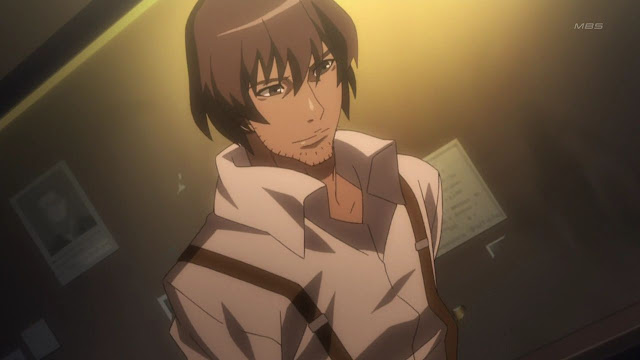 Motomi is well...Motomi. Can't really hate him, can't really love him either. XD
He was nice to Rin, Keisuke and Akira but I guess his story wasn't too developped,
the way they introduced his character was cliché too but meh it was still okay. '-' 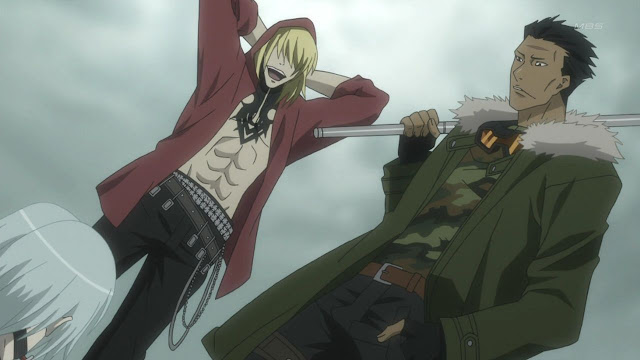 These guys were fucking beasts !! And Gunji was so awesome, he really made me laugh,
I think this was one of the only parts of comic relief the series had (At least for me. x)
So yeah, hooray for teh crazy executions. :D 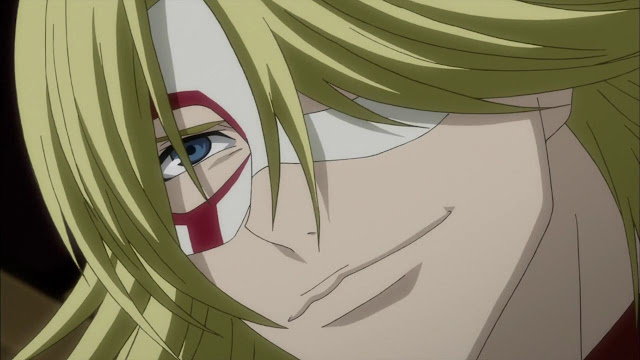 A pedophile that owns slaves.
Wow. Nothing unusual there right? :D 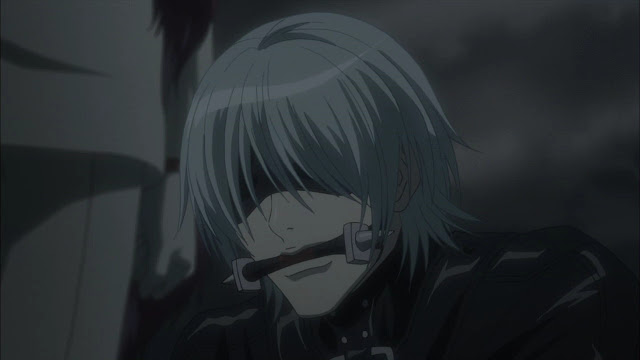 Aaaand one of the slaves in question ~
I think you can only feel sorry for this kid. u_u' 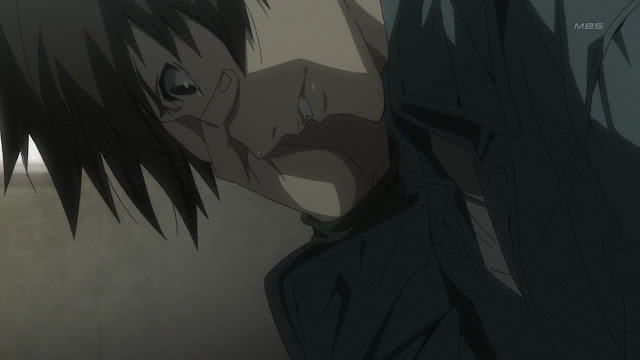 Keisuke ! He was very gay, went really mad after
he took Line, but overall he was a pretty sweet
character. BUT. 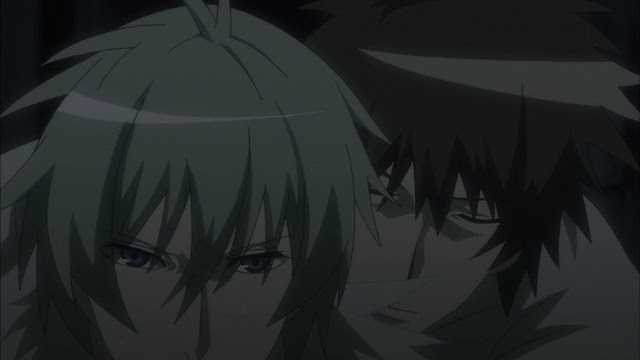 Sooo.. Akira manages to save him after he took Line,
he goes through a shitload of pain, suffering,
bla bla bla ect. 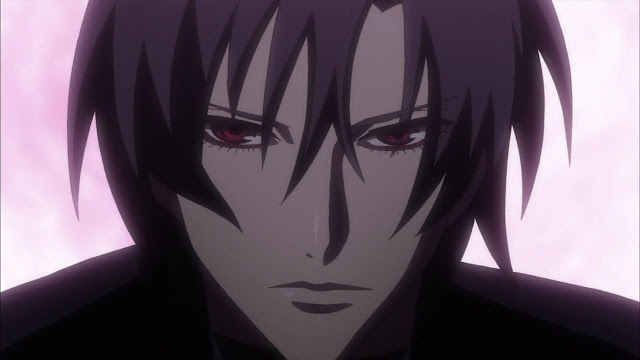 And then Shiki decides to randomly
pop up like he usually does being all emo and
angsty. :D 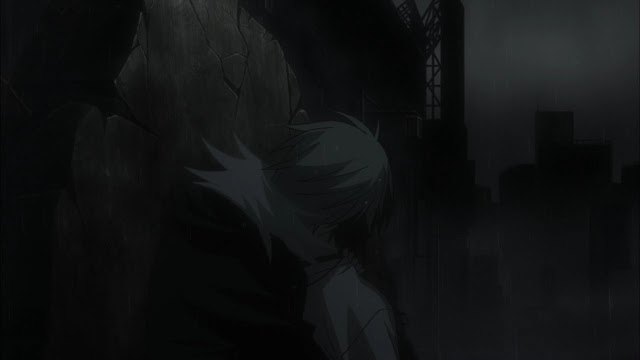 Shiki wants to take Akira, he hits Akira, Keisuke trys to
stop him and help Akira buuuut Shiki is in super-sayan mode
thanks to Line which makes him unattainable
and he just kills off Keisuke cause he can.
Fun ! :D 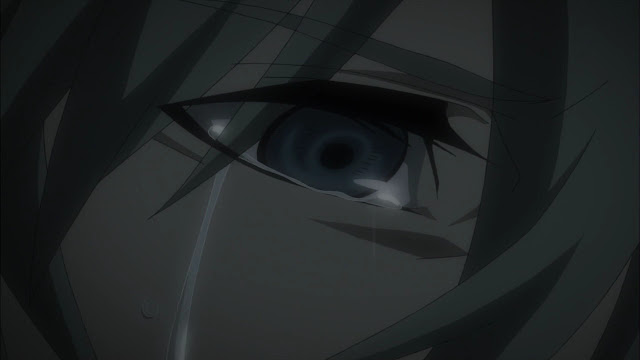 Akira cries while hugging Keisuke's upper body as he has
been cut in half by Shiki ~
(Because in Togainu No Chi, they don't do things half heartedly.)
This scene was really sad. .__.
I was seriously yelling at my computer like:
"NOOOO, NOOO KEISUKE WHY?!"
But yeah. Shit happens ~
Moving on. :D 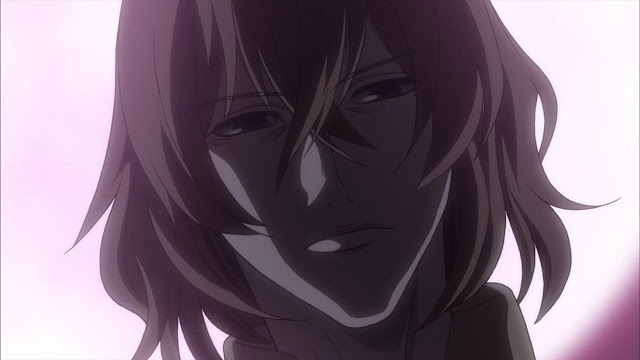 After killing Keisuke, Shiki just decides to go after "N" again
they have this super human I have powers because I took drugs
battle, angsty times, angsty words while the army is attacking Toshima.

Seriously, the beginning of this anime makes so much sense but
as you get close to end it's just pure...WTF. ;__;

HOW THE FUCK DID RIN GO FROM
THIS: 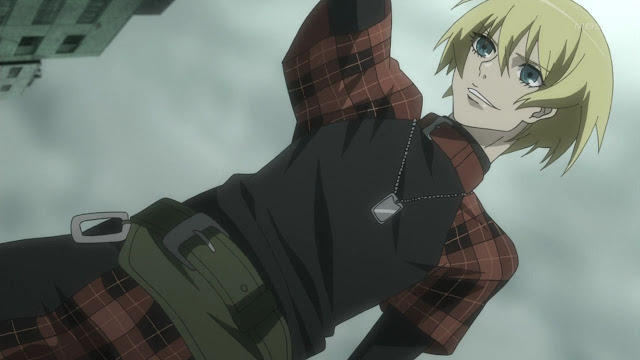 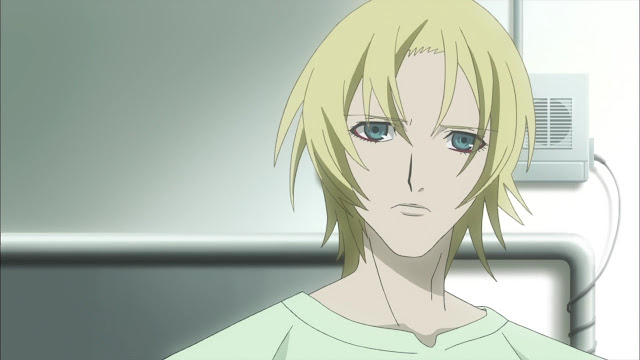 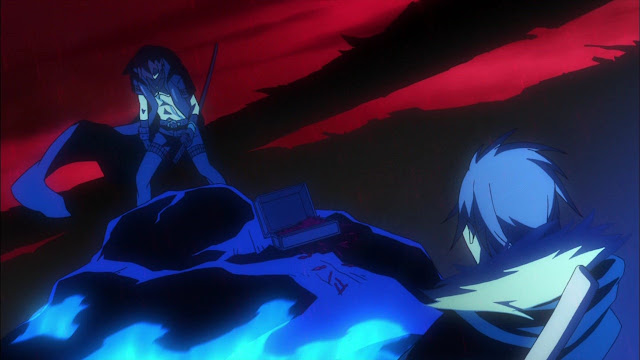 Okay so to sum it up.. Keisuke dies, Shiki becomes a drug addict, we have no idea what becomes of "Premier", Rin's animators seemed to have been lazy at the end because besides the fact that the drawings were terrible when he was in that hospital bed, he wasn't showing one tad of expression compared to what he was saying, Motomi.. Is Motomi. xD And Akira spends his remaining days trying to kill Shiki because it's his "destiny" and the last we see is Shiki with a pile of Line and dead bodies in front of him.

To be honest the end was just messed up and weird, this review probably is just about the same as I feel as I've just been writing crap but yeah.. XD

I recommend this anime to the people who have played the game, as it is fun to see the characters "come alive", I got a kick out of the screwdriver reference in episode 9 ahaha. I guess Shonen-Ai fans too, even though there's not that much Shonen-Ai to begin with. >__>
I guess if you're a bit sensitive to bloody scenes you should sort of be careful, even if it's censored and the blood is terribly unrealistic it's still a tad gore but nothing compared to Elfen Lied haha.

So um.. Yeah guess that's about it if I had to rate the anime I'd give it a 6.5/10
it was more accessible to people who have played the game before, I seriously
understood more and was less confused about where everything was going after playing it
and the animation wasn't too good near the end, but I still wasn't too bored while watching it
and it stays an enjoyable and intruiging anime (with fan service sometimes haha) ! :3

Sorry again if this review was terrible, it was my first time having a go at something like this. >__<

An introduction.. (Because every blog needs one.)

I guess I'll just call myself Lydia on here haha
I decided to make this blog out of pure boredom.. For some crappy reasons I can't go out anymore and it's really been a pain, I haven't seen civilization for about a month now and I'm starting to run out of occupations...D:

Anyways, I guess that's all for now, sorry if my introduction was really bad I'll try to make up for that with my other future posts. XD